Off Road recovery – one of the benefits of joining a tour

Off road recovery – One of the benefits of joining a tour

This week turned out to be very different from the one that I had planned.

A friend of mine rang me on Monday saying that he was on his way for a few days to the central west of NSW and could I recommend any places to go. I recommended Root hog Fire Trail and the Bridal track, a favourite area of mine. I must admit though, I was a bit disappointed that the invite had not been extended, but this was to be a father daughter trip.

My week continued on, I sold an off grid solar system (this being my normal day job) and had taken the deposits and ordered the gear. Sitting watching TV at 9:50pm on Wednesday night with my wife, I received a text on my phone from the aforementioned friend using his satellite phone. The message was…

“Hi Adam. Are you around for advice? I’m in the poo with broken wheel assembly at Root Hog crossing and no tow trucks will come in”

Well there you go, the serenity of an evening with my wife disappeared in a flash. I called him on the satellite phone and asked for more information. He had been stuck since 10am and even though he was covered for off road recovery, no tow truck was able to access him as the rivers were up from the Hill End side and the track is deemed to be too steep from the Bathurst end. And to add to his woes, it was pouring with rain!

The information was that the drivers side wheel had buckled inwards at the top and was rubbing on the control arm and the eyes on the ground requested a new front Hub and CV, as he believed these could be at fault and, if so, repairs could be made on the track.

Within 10 minutes at that time of night I found that my local Repco had all the parts on the shelf and a plan was hatched. The time to get to him was approximately 5 hours, so an over nighter seemed to be the best option…why not turn this into a father son trip? Always great to have my son tag along as he was still on holidays from uni.

Ben, my son, had only the day before booked a dentist appointment for 9am the following day and the dentist is literally over the road from Repco. So he went to the dentist and collected the parts whilst I was packing the truck with tools, oils, grease, jacks, stands and really everything that I could think of.

I thought my off sider Pav would be up for a bit of a run, so a call was made. There was no way he was going to miss this he told me, and raced home to pick up the trusty 79 before loading with the same type of gear as me and hit the road.

While all this was playing out at our end, a good samaritan had offered assistance and whilst we were en route, he was stripping down the damaged 150 series Prado. 3 hours into our rescue run the phone rang, the bearing was seized but they had managed to free it, questioning now an impact which had bent the knuckle…oops, I had no parts for this. The request was to keep coming as they were still unsure.

As we got closer the phone rang again, this time with the news that the car was back together, the knuckle was possibly the culprit and they were going to try and limp it to the river crossing, to try and meet the tow truck. A quick call was made to Pav, he would enter from the Root Hog Track end and I would come from the Bridal track end.

We met up with the tow truck on our side of the river and watched as this very unhappy looking Prado was successfully navigated across the bonnet deep river crossing, and then as soon as the drama had begun it was all over. The Prado, now on the tow truck, was to conveyed to Bathurst for repairs, with the occupants of the Prado on board. Pav turned around and ran back to Sydney as he was off on a family week away the next morning and Ben and I, well we had that father son camp on the Bridal Track enjoying beautiful butter chicken, beers and a fire…what a better end to the day!

So what can we all take away from this experience? Firstly, ask your mates to come with you! Or join a tagalong tour that visits the area you wish to see. If not, have good mates that are prepared to drop everything and know their way around sourcing parts and will come to your aid. Always carry good communications, as even though this trip was relatively close to Sydney there was no mobile phone coverage so a satellite phone was essential for this recovery. Have off road recovery insurance from a company like Club 4×4 and top cover from your local road service provider such as the NRMA, . Even though in this instance the off road recovery was not fully able to offer assistance, at least he had made it over the flooded river, with the tow truck in attendance.

So how has this ended up? The Prado spent a few weeks in Bathurst awaiting repairs, the owner and daughter had a night in Bathurst before hiring a car on Friday to get home, and well, we had another great trip to the bush with a nights camping before heading home and returning to the normal jobs. See you on the tracks Adam 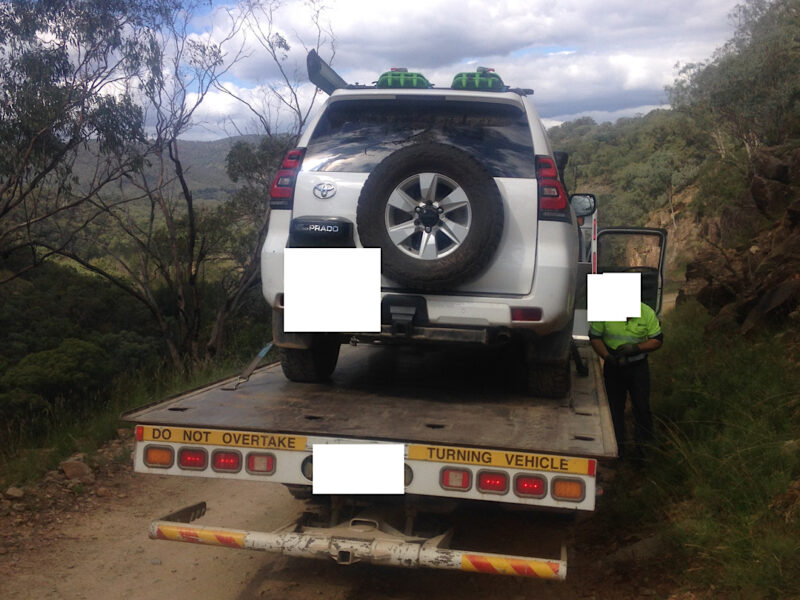 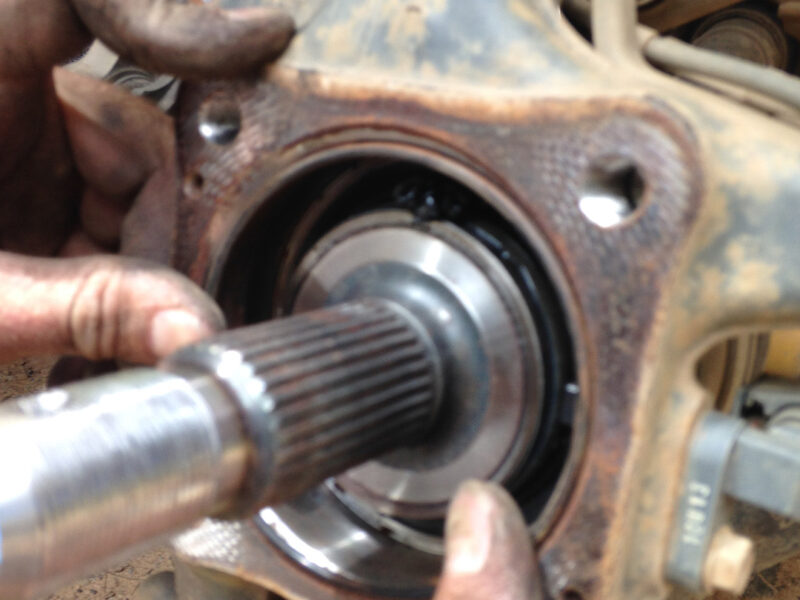