…..The vehicle was delivered by SciFleet to Townsville, where Michael McMillan at AEV was keen to get going.

Well, they get the angle grinders out and cut the back off of course! I was glad I was not there to see that part!!

They cut from half way through the rear wheel arch, then the rear section of body is removed, enabling the dual cab conversion to be carried out. This conversion was done by a third party panel beater in Townsville.

One of the reasons I went with AEV is that the dual cab conversion is a full steel modification. A lot of the competition are installing Fibreglass rears. The rear panel in ours is from a 70 series Landcruiser which is an original Toyota part.

In my case the vehicle was then returned to AEV for the next step. The dual cab conversion work is now carried out solely by AEV which I am sure will guarantee the quality of the conversion.

Back at AEV the rear section of the Toyota Chassis is removed and discarded and the rear diff and axles are also removed from the original Toyota axle case and now await the new JMACX axle case. The new JMACX chassis is then grafted on to the existing Toyota chassis, which in my case was a 900mm extension. The mechanicals then start going together. A very heavy duty drive shaft is installed to the drive through Ford Differential which is located in the middle axle, then a short shaft which is fitted to the rear most axle. 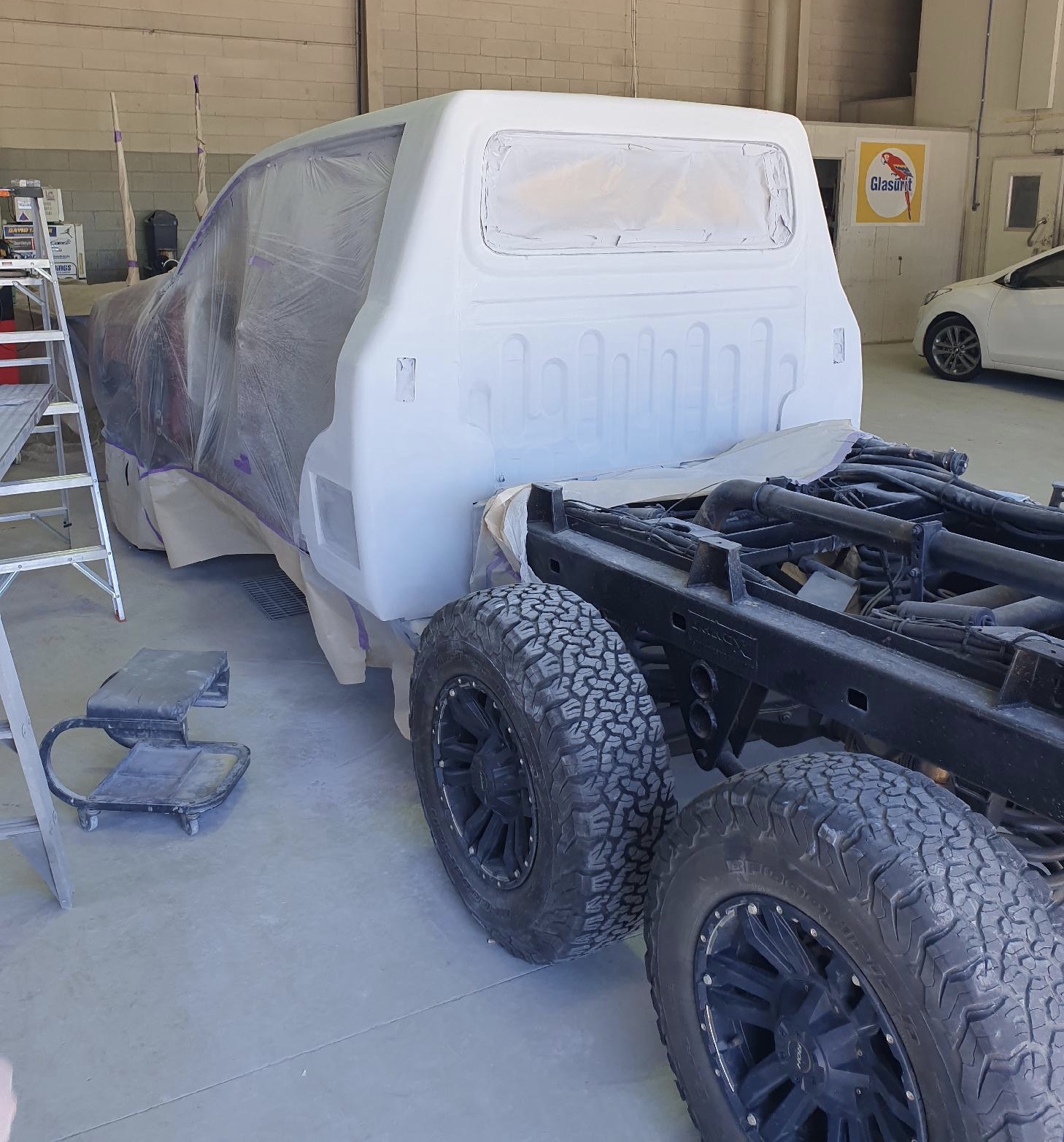 One of the big selling points of this modification is that most of the parts used are genuine Toyota parts. The axle cases are uprated units from JMACX, but everything inside the rear axle is Toyota. The middle axle runs new heavy duty axles using Toyota hubs and bearings. In the past

Saying all of this though, the Toyota dealer network is very interesting. Some dealers, like my local one, do not even want the vehicle on there forecourt as they think it is no longer a Toyota. Whereas generally the more remote dealers absolutely love the concept and the work undertaken to take their vehicle to what is now a go anywhere 6 tonne GVM truck.

The Tracks 4×4 tagalong Vehicle 6×6 200 Series Landcruiser….Are we happy with the result? We sure are!

We have led Tag along tours all over the country from the Canning Stock Route to Cape York and everywhere in between. The vehicle loves the Simpson Desert, and has crossed this many times, as well as the tight trails in the Victorian High Country and undertaking the recce for our soon to be announced Backroads trip.

There have been the usual gremlins though. With any modification of this magnitude it can only be expected.

In the next article I will talk about all of the modifications carried out whilst the vehicle was being converted. 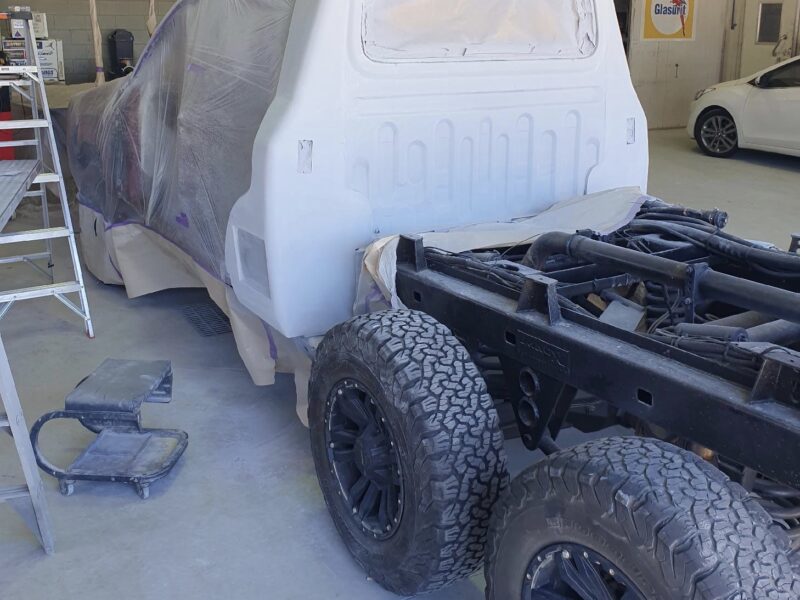 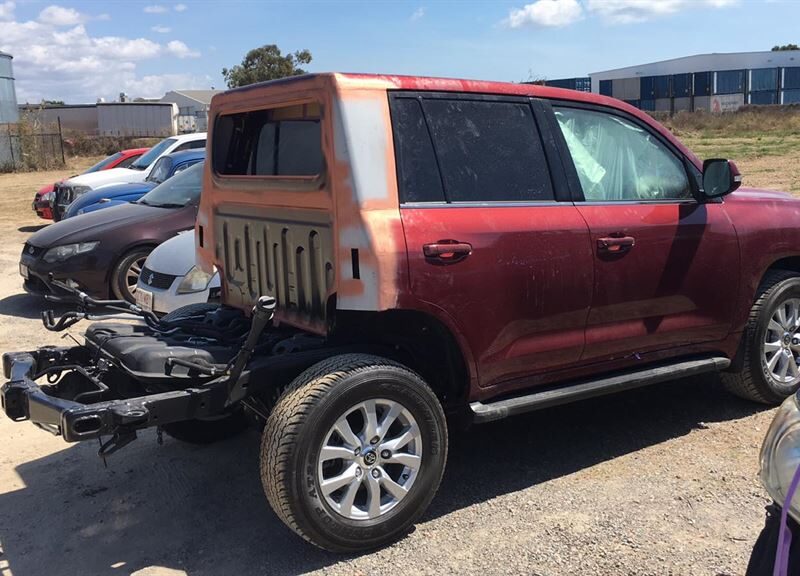 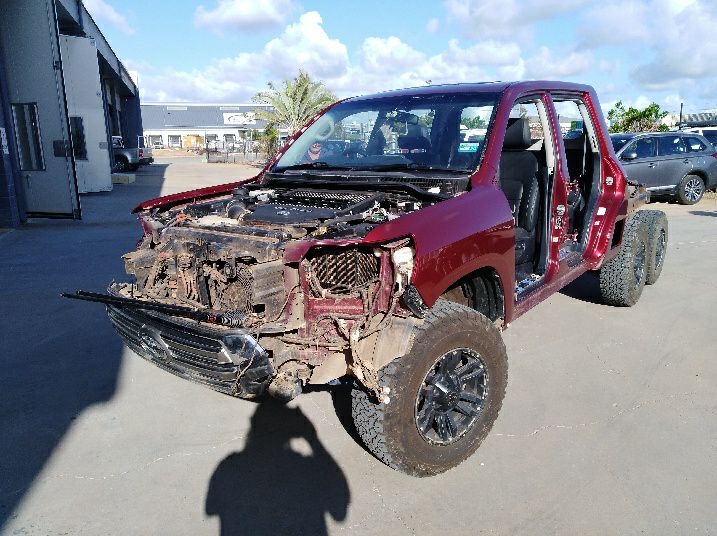 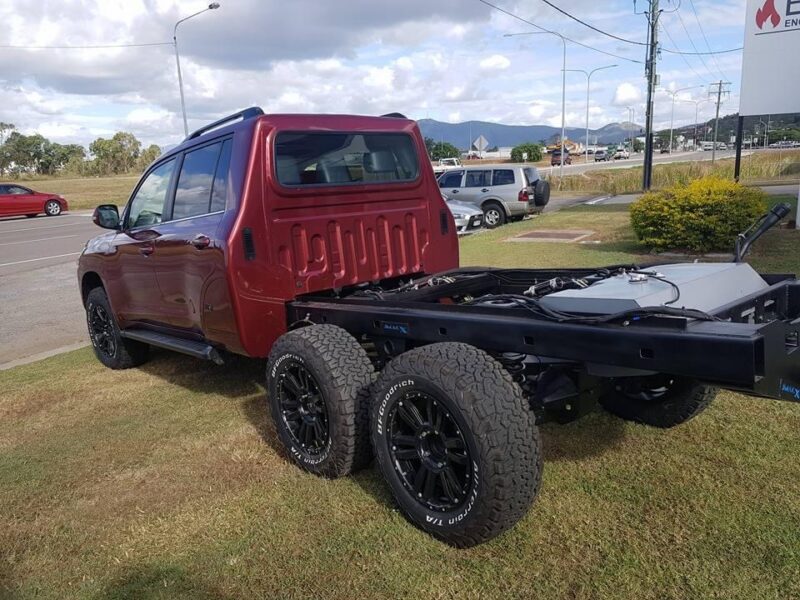